“When we change ourselves, those around us change. And, in turn, the whole world will change. We are a positive epidemic.” 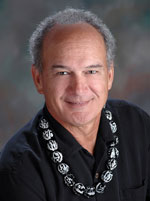 Dr. Maka’ala Yates, D.C., is a Kanaka Maoli (Hawaiian Ancestry) who specializes in Hawaiian medicine. He has been practicing and teaching Hawaiian healing concepts for over 25 years and is the co-founder of Indigenous Botanicals and Mana Lomi®.

Maka`ala’s Book, Na’auao Ola Hawaii: Hawaiian Principles and Practices of Being Well is available on Amazon. 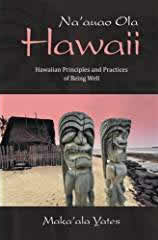 Mana-Lomi ® uses Hawaiian indigenous healing concepts that work with the body, mind and spirit. It is a precise, therapeutic, clinically oriented, problem solving style of lomilomi which can be used to prevent and resolve injuries as well as to relieve stress and to help patients relax. It addresses all body systems, particularly the muscular-skeletal and connective tissue systems, the circulatory system, the nervous system and the respiratory and digestive systems. 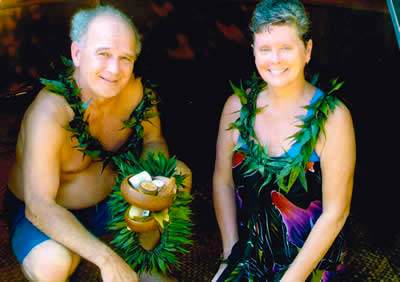 Dr. Maka’ala Yates D.C. developed Mana Lomi after years of studying (since the age of 6) Hawaiian healing concepts with his Hawaiian teachers. For the benefit of the U.S. Patent and Trademark office, Mana Lomi literally translates as “Hawaiian Spiritual Massage.” However, according to the voices of Na Kupuna (Hawaiian Elders – Wisdom Keepers) Mana Lomi could be translated as the ”Life-force of Lomi.” Lomi or Lomilomi describes a concept that involves the movement of energy.

Working with the ”mana” of the body, mind, and soul of an individual

With the right understanding and training, the practitioner can communicate through the soft tissues of the body, deep into the bones of the individual.  The Mana Lomi technique is based on Hawaiian concepts of working with the ”mana” of the body, mind, and soul of an individual. In the old days, each village in each district, on each island had their own lomi specialist that the villagers relied upon and trusted. Although lomilomi was a common treatment shared among family members for minor aches and pains, it was the village lomi specialist that treated the more complex problems.

Traditionally, the training to become a lomi practitioner could take years. The new student would not be allowed to touch a client, possibly for years, depending on his or her ability to grasp the many concepts of lomi. The student’s ability to be pono (conflict-free) with himself/herself and to a person, place or thing was also a determining factor.

A Revered Form of Hawaiian Healing

The concepts of Mana Lomi are vast and complex, yet simple if you understand the mechanisms, principles and intentions behind this revered form of Hawaiian healing.   For example, the concept of “communicating down to the bones” physically and energetically is significant. It gives room for the client to allow the practitioner to go as deep as they can tolerate, yet be non-invasive while achieving the desired outcome.

It is at the bone level that all memory is stored from past traumas, injuries or emotional links. As with many indigenous cultures, the bones are the most important and protected part of the physical structure. It is here that specific codes are stored that make up each individual on a DNA level. Tapping into the bones allows the Mana Lomi practitioner to communicate on a soul level, so healing can take place.

The Mana Lomi practitioner uses a multitude of techniques that affect the golgi tendon organ (GTO), muscle spindle fibers, and the pain receptors. For example, in advance techniques, the concept of compression and stretching away from the insertion point is an important skill for immediate and long-term relief.

When defining lomi lomi, there are various perceptions, approaches, and techniques. This can be attributed to the “time line” or reference points in the events of Hawaii’s history. For example, Pa’ao, a Tahitian chief and warrior, came to the Hawaiian Islands in about 400 AD and forced a class system and belief system upon the peaceful inhabitants; later, in the 1800’s, the defacto government (the illegal overthrow of the Hawaiian kingdom) of Hawaii further forced the original natives not to practice “sorcery,” which included lomilomi. Both of these events and many others like this, attempted to suppress and change the attitudes and beliefs of the now deluded traditional people of Hawaii. Fortunately, the secrets of lomilomi persevered through the ages and are now starting to resurface.

Mana Lomi® Level 1
Lomi or lomilomi is more than just a Hawaiian massage. It describes a concept that involves the movement of energy or energy in motion.  Mana Lomi® I is offered 2-3 times per year and is open to all who wish to learn, not just therapists. Private and semi-private workshops are available for an extra fee.

It is the ability to communicate through the soft tissues of the body, physically and energetically, deep within the bones of the individual and thus the soul of the person. Mana Lomi® can be translated as the “Life force of Lomi”.  Authentic Mana Lomi® is based on Hawaiian concepts of working with the body, mind and spirit. It is hands on healing that is deep and powerful, yet gentle, giving immediate and long-term results. This segment will include topics such as clinical procedures of Mana Lomi®, simple meditation, ho’oponopono (alignment of living), the history and timeline of Mana Lomi®, Hawaiian healing chants, and Hale Pulo’ulo’u (Hawaiian House of Purification) on the final day.

Mana Lomi® I is offered 2-3 times per year, private and semi-private may be available for an extra fee.  Mana Lomi® I suggested for all upper level Mana Lomi® techniques including Level 2 (Advanced Specific Conditions), Lomi’ili’ili, (Hawaiian hot stone therapy), and Level 3 (Joint Mobilization, taught exclusively by Kumu Maka’ala Yates, D.C).  This 27 hour workshop is offered twice per year and provides 27 CEU’s with the National Certification Board for Therapeutic Massage and Bodywork (NCBTMB), please call or email for more information.

Lomi‘ili’ili, which literally means “flat stones in motion,” have been used in Hawaii for hundreds of years to treat the many levels of healing necessary to help restore balance in the mind-body-soul.

Traditionally, stones were used as an extension of the hands to help the practitioner to better access hard to reach physical restrictions. This intensive training invites you to experience the traditional and ancient Hawaiian art form of hot stone therapy that is specific to the individual’s needs. Each student will learn how to collect stones using proper protocols, how to heat the stones and control the temperature, and how to clean the stones. Upon completion, all students are qualified for 27 units of continuing education under Category A with the National Certification Board for Therapeutic Massage & Bodywork (NCBTMB).
Close

Sign up below to be notified when new classes are posted.

Colorado School for the Healing Arts, Denver
Dates to be announced

Mana Lomi ® principles and practices include community outreach.  Carol Hart has been practicing outreach with the Alu Like Kupuna in Waimea since 2001, and has organized thirty lomi therapists in massaging the Kupuna during their annual conference on Kaua’i in 2008.  In 2007, Carol organized six therapists and one support person in massaging the patients and kokua in Kalaupapa on Moloka’i.  Every year, Mana Lomi® instructors and therapists gather to kokua (take care of, serve) na kupuna (respected elders) in our communities.